The narrative, with the house itself its symbolic starting point, is not linear and is interwoven around two basic thematic axes:

The first thematic axis, “The Benizelos mansion, a small piece in the puzzle that is Athens, a palimpsest, a monument to the history of the capital” presents the history of the site of the mansion diachronically as a part of the urban fabric of Athens, and illuminates aspects of the history of the city. Through topographic diagrams accompanied by brief comments, evidence is offered regarding the topography of Athens at various periods of history: the period of Classical antiquity; the Early Byzantine and Byzantine period; the Frankish period; the First Ottoman period (1456 – 1687); the Second Ottoman period (1687 – 1833); and the city of today. This axis is primarily presented in the court, in which the Late Roman wall of Athens has been revealed. 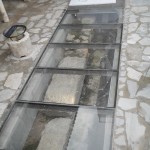 Traces of the wall. 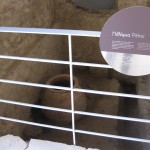 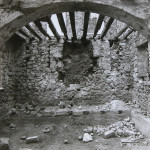 View of the ground floor of the mansion showing traces of the earlier structure. 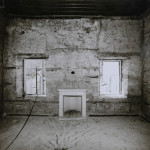 Fireplace from the earlier structure.

The second thematic axis, “An Athenian mansion during the Ottoman period (16th – 18th century)” focuses on the monument in and of itself, its architecture and life within, its owners and their epoch. This thematic axis is developed in all the spaces of the monument and its individual aspects are revealed to the visitor as he moves about the space. Particular subjects that are posed in this context, through static visual material as well as various other interpretive means are:

Particular spaces and elements of the residence, such as the well or the fountain in the court, are specially marked with visual material so that the monument itself becomes more easily readable. 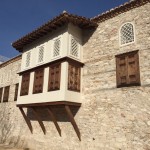 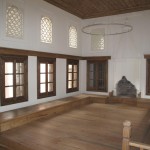 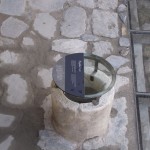